Top 4 Place to visit in Texas During Autumn
Advertisement 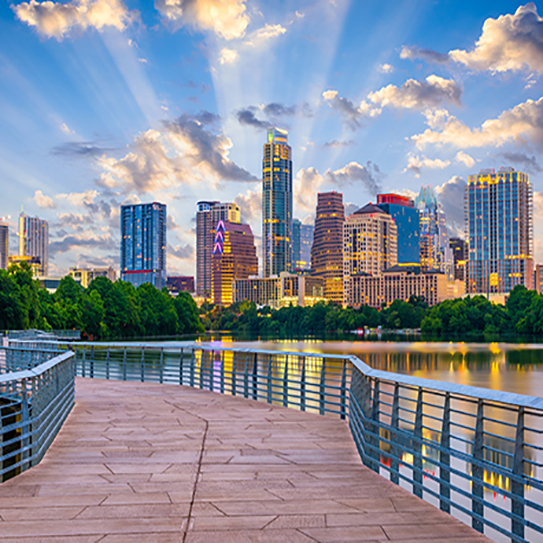 Texas, the second-largest state in the United States, is filled with opportunities for fun and adventure. The state, which is geographically and culturally varied, has a plethora of distinct attractions and activities to do. Texas offers a diverse range of holiday options, from cities to coastal beaches, mountains, and deserts.

The enormous USS Lexington is moored off the coast of Corpus Christi, just a few minutes walk from the city center. It is one of the largest surviving WWII vessels. This significant aircraft carrier was launched in 1943 and is now a naval museum.

A huge collection of vintage aircraft is on exhibit, and visitors can see the bridge and crew quarters. The simulators and games, as well as a 3D movie that puts you in the pilot’s seat, are very entertaining. You can also join a four-hour Hard Hat Tour, which takes you right into the heart of the ship.

Cadillac Ranch is one of West Texas’ most recognizable landmarks. Standing in a line, snout first into the earth, it may appear to be an unusual attraction. Visitors, however, come in vast numbers not just to view and photograph this bright display, but also to leave their mark, if only for a short time.

The artwork on the Cadillacs is a living canvas, with practically everyone putting their own artistic touch to the automobiles. You are invited to create your own design and spray paint it. The layers of paint on these cars are difficult to tell, but sellers outside the gate sell paint chips from the cars in jewelry settings.

The stunning Natural Bridge Caverns, just a short drive from San Antonio, are part of a large underground network that has over 10,000 different stalactite formations. Natural Bridge Caverns, the largest cave network accessible to the public in the United States, features highlights such as the 40-foot-high King’s Throne, a towering wall of stalactites found in one of the largest caverns, the Castle of the White Giants.

Natural Bridge Caverns, which gets its name from the massive 60-foot limestone bridge that spans its entrance, also has a variety of other exciting activities, such as themed tours. Other activities are available on the roof, including a treetop climbing adventure via a vast network of ropeways, platforms, and ziplines.

The city’s magnificent Museum District, located in the center of downtown Houston, is home to 19 museums, some of which are free. Many of the museums in this neighborhood are within walking distance of one another.

The Museum of Fine Arts, Houston, and the Houston Museum of Natural Science are two of the district’s main draws, but the neighborhood also has a variety of outstanding museums, including a Holocaust museum, a children’s museum, and other lesser art museums that are well worth your time.